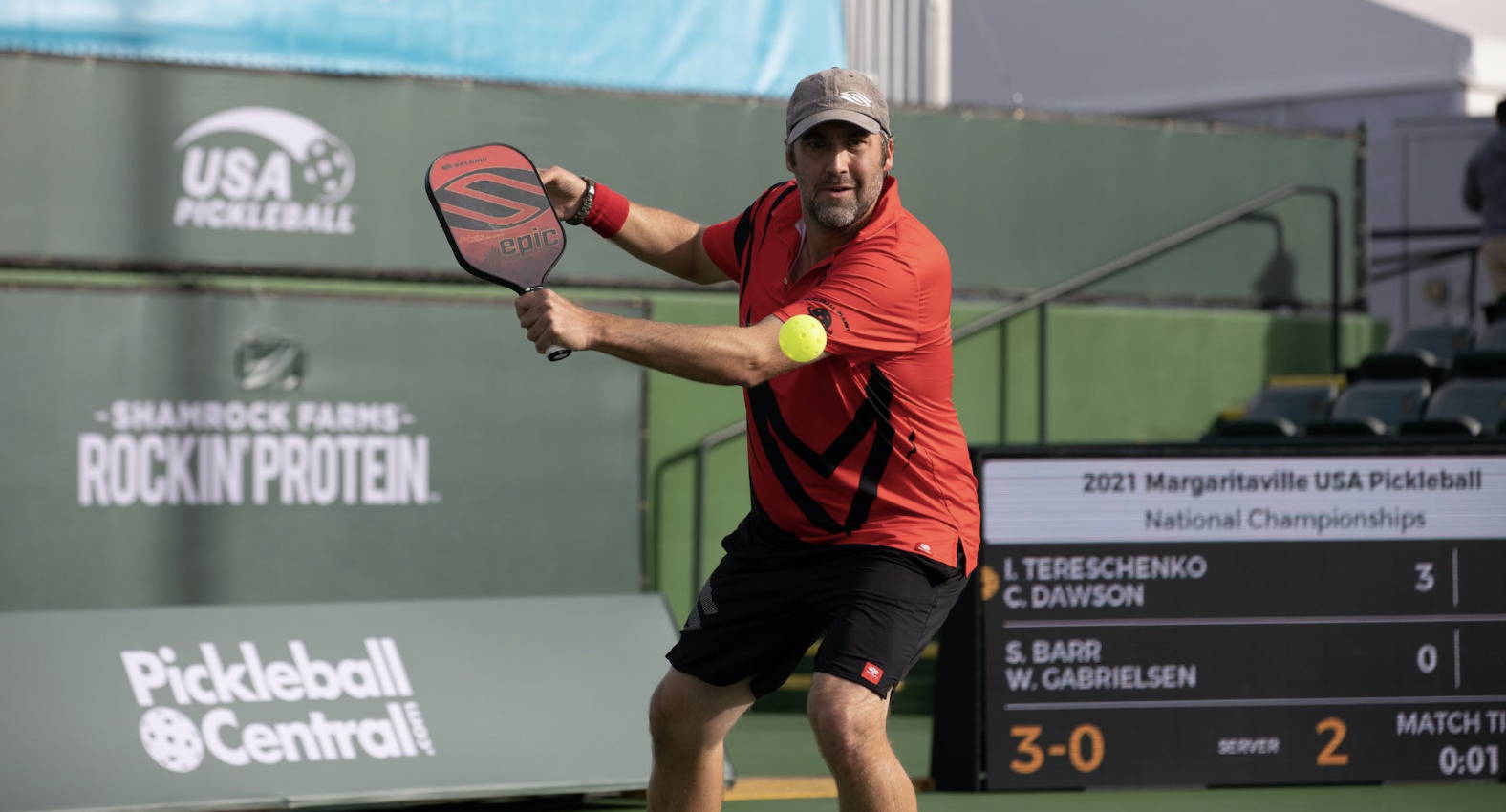 Wesley Gabrielsen started his pickleball journey while he was a student in middle school. Having played pickleball during physical education classes while in middle school, high school and college, he took a few years off after he began his professional career as a high school social studies teacher and tennis coach.

Pickleball legend Christine Barksdale helped reignite Gabrielsen’s passion for the game in 2011, and Wesley has been competing in tournaments ever since. In 2013, he stopped competing in tennis tournaments and made the full time switch to competing in pickleball, which is a decision he is thankful he made!

During his career, he has accumulated success on the courts in singles, doubles and in mixed doubles. Gabrielsen is an eleven time USAPA National Champion, six time Canadian National Champion, two time Tournament of Champions Gold Medalist, and two time U.S. Open Champion. Gabrielsen made a free instuctional series, Winning with Wes, which has helped countless players improve their game!

In addition to his success on the courts, he takes the most pride in the wonderful friendships he has created and sustained in the world of pickleball over the years. When asked about his experiences in pickleball, he replied, “The friendships and fun times on the courts outweigh the championships I have won. There are so many wonderful people in this sport that I am blessed to have met and call my good friends in this life.”