THE BEST PICKLEBALL PADDLES FOR SPIN

Each year the game of pickleball becomes more aggressive and fast-paced. There will never be a day where the soft game (dinking, drops, etc) is not a part of the game, but with this changing landscape, it can be important for players to impart spin on the ball to keep up with today’s aggressive play.

But let’s be clear, you do not have to put insane amounts of spin on the ball to be a great player!

I never thought about spin for the first 2 years playing pickleball as I progressed from a 4.0 to a 5.0 level player. But I realized it could add new weapons to my arsenal by learning this skill. 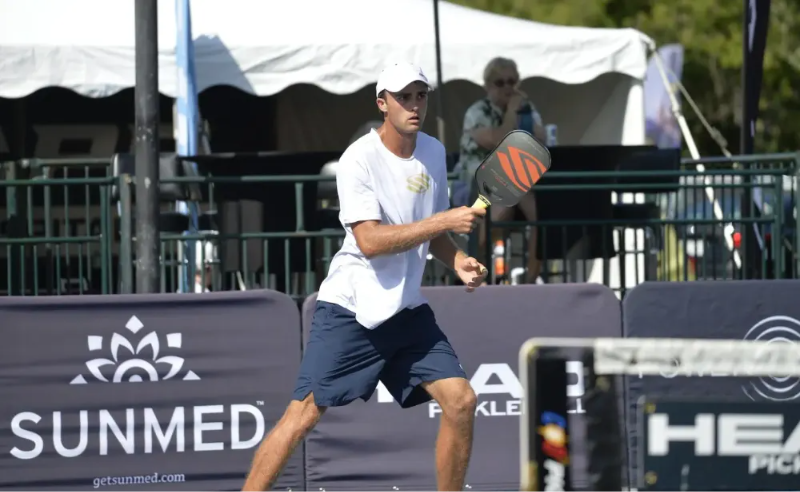 What are the benefits of putting spin on the ball?

Spin gives you additional shots that are difficult for your opponents to handle by:

All these can result in free points! If you want to learn more, Tyson Mcguffin is on of the top 5 singles and doubles players in the world. He has some great free lessons on how to effectively use spin:

Tips for using spin in pickleball:

What type of paddle face generates the most spin?

When you are executing that low to high (topspin) or high to low motion (backspin), a rough paddle face “grabs” the ball creating rotation.You can create this “roughness” with a variety of materials including carbon fiber, graphite, fiberglass, T700 (a form of carbon fiber), wood, etc.

How long does the grit last on a pickleball paddle?

The most overlooked factor when purchasing a paddle for spin is “how long will this spin surface last?” The amount of spin “out of the box” and the amount of spin as short as a week later can vary dramatically.

It’s a little known fact that many pro players are using a brand new paddle each tournament (if not twice a tournament). These players want the high performance spin and consistency you get “out of the box” before wear and tear quickly lowers the performance level of the paddle.

The surface of the paddle will wear down (yes, even if it is not an overlay material). This will depend on how often you use the paddle, but we have found it can be a quick drop off even for players playing only 1 or 2 times a week. You can expect a significant decline in spin performance from most pickleball paddles after just 1 to 2 months if you play moderately to frequently.

We’ve recently developed the ProSpin+ technology that not only generates insane RPM on the ball, but it will keep that spin potential 6 months later! We believe you shouldn’t have to buy a paddle every month for top tier spin!  These paddles give you:

We have implemented this prospin+ technology on our 3 latest paddles: Project 003, Vanguard Power Air, and the SLK Omega Max.

You can check out the independent review of the Vanguard Power Air to learn how this spin compared to others on the market and if the spin potential stood up over time:

So What is the Best Spin Paddle in Pickleball?

It's different for each person and there's no definative answer! But as mentioned at the top of this article, here are our top 4 suggestions for best pickleball paddles for spin: